You’ve probably seen Dr. Kimberly Henry’s face before, smiling at you from a large spread in the Light. It is a face resplendent with the confidence possessed by the beautiful—whether their beauty is given by God or scalpel. “I believe in plastic surgery,” Henry says. “Women like to look beautiful. Guys like to look fabulous. Beauty is different for everybody. It can be the LA beauty. Beauty can be the earth mother, Berkeley beauty.”

Henry has been a success since she set up her practice in Greenbrae 19 years ago. Since then she has opened two satellite offices to serve a heavy influx of patients from Marin, San Francisco and Sacramento. In between breast implants and reconstructing motorcyclists’ faces, Henry raised two children as a single mom and authored The Plastic Surgery Sourcebook and The Face-Lift Sourcebook.

Henry grew up in Mill Valley, where she attended Tomales High School. When she was 16, she was selected for the Las Amigos de las Americas program in Nicaragua, giving inoculations to impoverished villagers. “It was a challenge for a 16-year-old to learn how to give shots to people,” she said in her Petaluma office this week. “I learned how to do it at Marin General Hospital, giving shots in other kids’ arms. It was a lot of responsibility, but by the end I loved medicine. It was great.” Henry gave 300 inoculations a day for measles, tetanus and polio. She lived in a house that rarely had electricity and didn’t have running water.

Determined to become a family practitioner, Henry went to the University of Southern California to study chemistry. She was accepted to University of California at Davis medical school, where she decided to specialize in surgery. “I loved to sew and do embroidery. I used to sell embroidered work shirts to boutiques in Mill Valley and Sausalito. The skill I had with my hands converted over to surgery,” she said. “So as a medical student I was rotating through surgery and they said, ‘Here are some instruments, go for it,’ to sew a uterus closed after a c-section. So it peaked my interest in surgery, and it’s never changed.”

Henry was planning to be a trauma surgeon when she saw how plastic surgery could change lives for the better during a rotation at a hospital in Oregon. “We did kids with cranial and facial abnormalities, foreheads that were out of proportion, faces that weren’t very developed,” she said. “We would essentially take their skulls apart and their faces apart and put in plates and screws like they were Tinkertoys. It was about taking the abnormal and making it normal, or a little more acceptable to people.”

All plastic surgeons in Marin occasionally get summoned to repair victims of auto accidents, dog bites or other deforming traumas. Henry remembers operating on a single father of three who crashed his motorcycle on the Richmond Bridge, breaking every bone in his face. Another driver needed extensive cosmetic surgery after rolling his convertible five times without a seatbelt. “We put him back together and now he’s back working,” she said.

Henry has had multiple operations herself, which she says helps her identify with the patient. “I know what it’s like to be bruised and swollen, to share what it’s like,” she said. “I recently looked at old photos of me as a teenager and young adult and I wonder, should I have had plastic surgery? And then I think, yeah, I like what I see in the mirror now more than what I used to look like.” At 51, she doesn’t have a wrinkle in sight.

Despite numerous rave reviews and devoted patients, Henry is involved in a lawsuit against at least 12 anonymous online reviewers that slammed her on yelp.com and doctorscorecard.com. “We’re looking into a couple of ex-employees and a colleague’s wife, and there’s one patient pretending to be at least eight different patients,” she said. “I look at it as flattery,” she said. “Maybe it’s insecurity on [the colleague’s] part, I don’t know.”

Despite her heavy workload and responsibility—to her patients as well as her two nurses, anesthesiologist and assorted administrative staff—Henry successfully raised two children as a single mom in Novato. Her daughter, Jennifer, now works for Deloitte and Touche, an auditing firm in London. Her son, Andrew, starts school at Davis this year and is pursuing a career as a professional racecar driver. He is featured on a Discovery Channel documentary that airs next January. “Do what you love and work hard, but don’t forget you can have a family too,” Henry said. “It was a challenge, and I’ve always liked a challenge.” 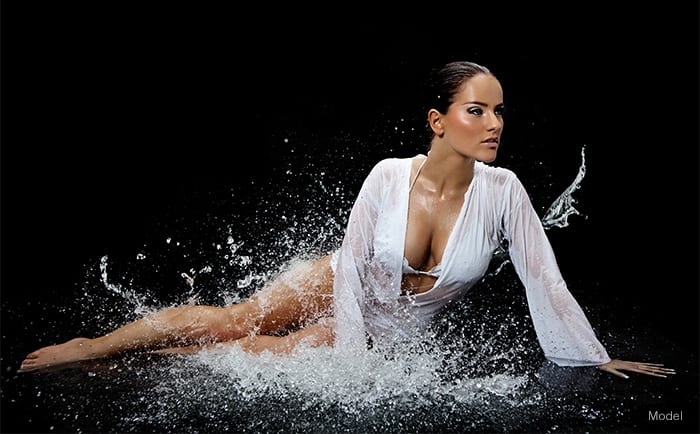 Get in touch with Dr. Henry by filling out the form below with any questions or comments you have.